All About Writing Fables 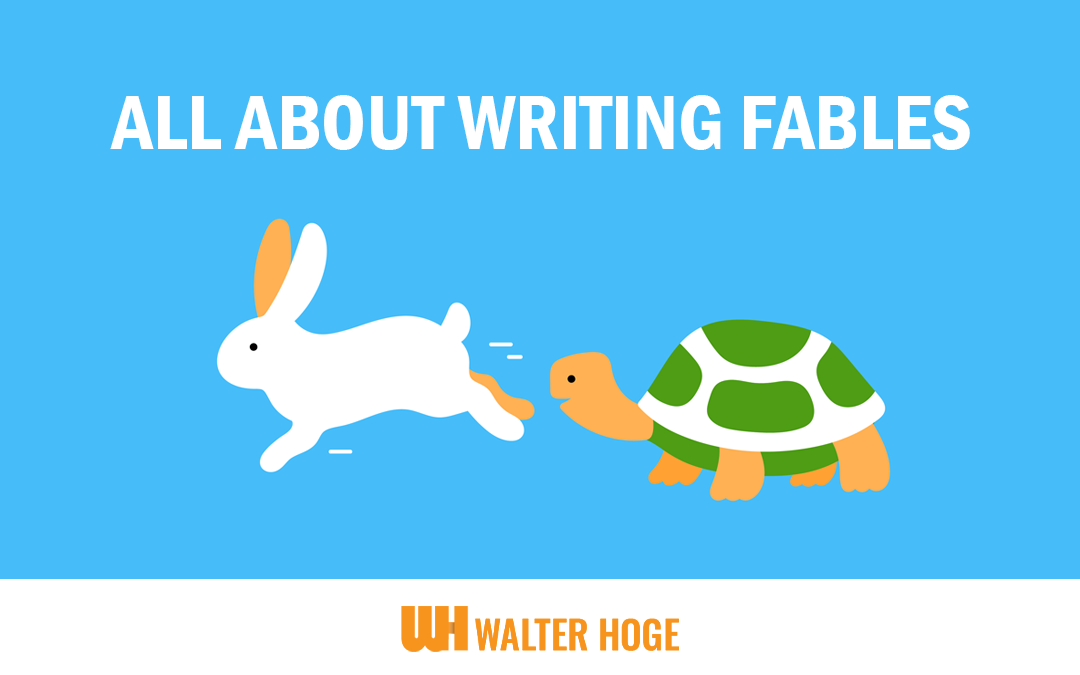 A fable is a child-friendly animal story with moral lessons that can be used to teach children.

A fable is an animal story with moral lessons told from generation to generation, some becoming stories that have reached throughout the world. “The Tortoise and the Hare” by Aesop and “Easter: McEaster Valley” by Walter Hoge are examples of fables across different cultures. These fables and their morals have become tenets some people brought to their hearts. As such, it is vital to preserve the telling and retelling of these stories.

While reading the classic fables is fun and whatnot, taking a crack at writing one yourself is also very enjoyable. Sure, you can never match or compare to the timelessness of the classics, but it doesn’t mean that young and new writers can’t have a go at it.

One of the core elements of writing fables is the moral lessons. Without it, a fable isn’t a fable but just another narrative with talking animals. In a more modern world, there will be newer lessons that need to be taught. Writers can use this as a chance to write unique and exciting fables.

So how should you be writing your short and wholesome animal tales? Read below to get a groove on and find out where to start.

Writing fables can be an excellent exercise to explore your narrative juices. Of course, you should know where to start.

Pick a Moral for your Story

And there is no other place to start than deciding the moral lesson of your story. Fables, after all, are distinguished by the morals that they teach. This moral or maxim should be the primary focus and will appear once you resolve your story. The key to a good moral lesson is finding something memorable yet lifelong. Maxims also tend to be general that can be applied in a broad aspect of life. Something too specific cannot be considered a moral lesson. Examples of suitable moral lessons include:

The next thing to consider in writing your fable is your choice of characters. Now, when writing fables, you do not need a bunch of them. Fables are short stories, so you might only need two at most; some even only need one. For which type of characters to employ, you can pick between inanimate objects or animals. Of course, animals are the more common choice, as virtually all well-known fables have a cast of animals – lions, hares, tortoises, mice, foxes, and wolves, among others.

Be very careful when choosing your characters, though, as this will affect where you set your story as well as the next step, which is:

A memorable fable will need equally unique and outstanding characters. One way to achieve this is by creating a defining trait for your characters. Do not just pick any features you can think of, but think of ones that can play a part in the story. They could even be the cause of the conflict.

For a short story like the fable, you do not need to have complicated or nuanced character traits. Sometimes, two-dimensional characters are what you need. Animals are perfect, as some already have stereotypical human characteristics. The owl is wise. The fox is cunning. The tortoise is patient. The ox is strong. Animal stereotypes like these are prevalent in fables, and they can be beneficial when it is time for you to write your story.

Now here comes the meaty part. Your conflict will determine the direction of your story. Think of your characters and the maxim that you chose at the beginning. Now think of how they will each play out to form your fable. Remember that since this is a short story, you do not need to make multiple conflicts. One is enough. Think of “The Crow and The Pitcher,” wherein the conflict involved the clever crow trying to achieve what it wanted. Not only did it show how bright the crow was, but it also was able to deliver on the maxim, which was “There is always a way.”

Now you have everything that you need. You have the moral lesson, which serves as the main idea of the fable. You have the actors, and you have plotted how they should act. You have also prepared a stage for them to act in. Now is the time to write. When writing your fable, it is vital to keep it simple. Remember that your story aims to deliver your moral lesson. As such, write your fable in a way that can provide this message fast and understandable.

That said, you can also try and experiment with your writing by making your fable in verse. An excellent and well-thought-out style for your fable will make it pop. However, this doesn’t mean you can nail your fable in one go. It will take time to refine it. Once you do, it will be a very satisfying day.

If you wish to read more fables and get a concrete idea of how to write one, you can always search for a book to read. You can start with Easter: McEaster Valley by Walter R. Hoge. Visit his website: https://walterhogebooks.com/ to learn more about and purchase this book.