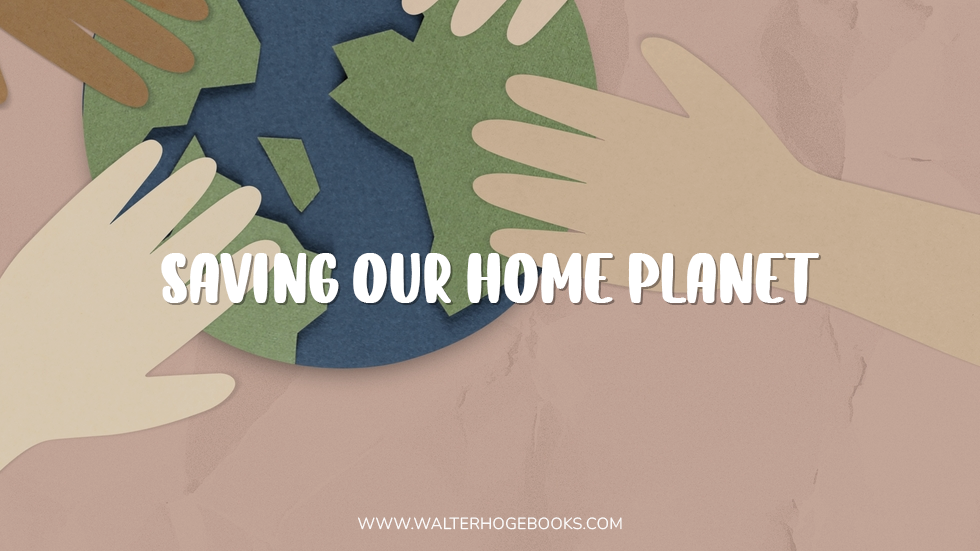 In his book, Easter: McEaster Valley, author Walter Hoge emphasizes the value of nature and the tranquility it brings to people. Mother Earth, and by extension, nature, carries one of life’s greatest mysteries. In fact, they carry all life in the planet. Deep underwater, above the tallest mountains, or even hidden in the lush jungle, no matter the location, the planet holds a wonder to behold.

That said, because of humanity’s greed, a significant part of this beauty has been “reclaimed” that is being destroyed or threatened. Humans have damaged the natural world so severely that it is making a lot of significant changes to the way we live. Floods have become more common. Hurricanes have become more frequent and more substantial. It is now even hotter in the summertime that a simple ice cream stick just does not cut it.

Not all hope is lost, though. There are people who have not given up. These people are taking the initiative to save the planet. People in this movement have decided that they want to live with nature in peace and harmony. They have realized that they need to act now.

Meanwhile, we, the ordinary people, also have our own part to do in this big fight. Through simple little things like the usual tree planting, proper throwing of trash, and even minimizing the use of plastic can be little steps toward the right decision. Social media is also instrumental in this fight. Through massive movements like #teamtrees and #beatplasticpollution, among others, we can build awareness of the plight of our planet. That said, “building awareness” lacks teeth. Nothing will change if all we do are just awareness campaigns. We must couple this with participation in this campaign. Planting trees, spending a whole day on a beach or river clean-up, all these things will add up to restore the lost beauty of our environment. Not only does it bring satisfaction, but the community will also gain a new place where they can visit, have fun, or meditate. It is a win-win situation for everyone.

Social media also has a part in playing the big fight. With the more prominent companies having an active presence on social media like Twitter, we, the people, can communicate with them and hold them accountable for their part in the destruction of our environment. This is especially true on the topic of plastic. Because despite how much the general public avoids the use of plastic, there will still be plastic waste produced because of the giant companies. We, the people, must call out companies not doing their part in this massive fight for our environment. We must beware of corporations trying to act good and seeming to pose as pro-environment when they themselves do not do anything and try to shift all responsibilities and blame towards the ordinary consumer. The ordinary consumer can only do so much compared to the might of these huge companies. Making noise on social media as well as contacting the proper authorities on your opinions to build a movement or a campaign can be the catalyst for change.

Truth be told, our planet does not really need saving. It is us who live in it do. The planet will live on even if it stops being able to sustain human life. If anything, such a thing would be beneficial to the planet as no other animal in the world pollutes its surfaces except the human species.

At the end of the day, it is us who needs the planet earth and not the other way around. And unless the different space programs around the globe like NASA can find newer inhabitable planets, we are stuck with this one. We might as well take good care of it.