The Fifth and Sixth Senses of Dogs 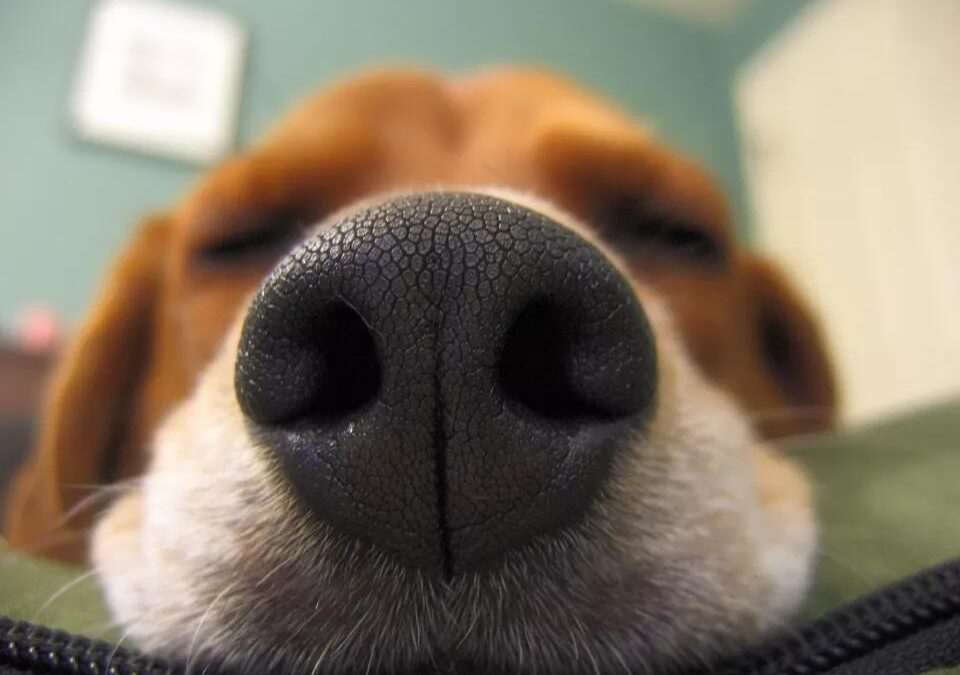 When it comes to sense of smell, dogs definitely have a leg up on us humans. So it’s no surprise that our four-legged friends are often relied upon to use their nose to complete important, and even life-saving, tasks—from serving as military dogs that can sniff out the presence of bombs or weapons to training as service dogs that can alert their epileptic owner to an oncoming seizure or a diabetic when their blood sugar is dipping too low. A dog’s nose can also detect fear or even sadness because our canine counterparts can pick up on the scent of adrenaline—also known as the “fight-or-flight” hormone. When it comes to “smelling your fear,” an increased heart rate and blood flow sends distinctive body chemicals to the surface of our skin, which a dog can sense almost immediately. So that’s why man’s best friend is often relied on as service or emotional support animals, as they can be trained to “smell” anxiety attacks or other adverse events in their human.

Tales of dogs’ sixth sense for sickness have fascinated researchers for decades. Back in the 1980s, a London mutt named Baby Boo took a strange, sudden interest in a spot on the back of the leg of her owner, Bonita Whitfield, Goodavage explains in her book “Doctor Dogs: How Our Best Friends Are Becoming Our Best Medicine.” One day, the dog even nipped repeatedly at the spot. Whitfield felt around to touch the area and discovered a black lump. She went to the doctor; a biopsy revealed it was a melanoma. “They’d caught it just in time,” Goodavage writes. “The doctor told her that in another year, the cancer would have spread throughout her body.

Since the 1980’s dogs have known to detect melanomas, breast, prostate, cervical, colorectal, lung, stomach, liver, ovarian, and thyroid cancers. In many cases they were diagnosed sooner than traditional laboratory tests. While all dogs have millions of scent receptors buried deep within their noses, not all dogs are equal when it comes to their sense of smell—and it doesn’t always have to do with how large the breed. For example, Dachshunds have about 125 million olfactory receptors, but bloodhounds have more than double that amount with around 300 million scent receptors, which is why they’re often called upon for tracking purposes. Breeds such as German Shepherds (which are a popular choice for service animals) fall somewhere in the middle with about 225 million. Just to better explain how impressive those numbers are, by comparison, the nose of a human contains only five million scent receptors.

Many sniffer-dog scientists turned their attention to COVID-19 early in the 2020 pandemic. They have trained their canines to smell samples, most often of sweat, in sterile containers, and to sit or paw the floor when they detect signs of infection. Trials at airports in the United Arab Emirates, Finland and Lebanon are using dogs to detect COVID-19 in sweat samples from passengers; these are then checked against conventional tests. According to data presented at the K9 meeting, dogs in Finland and Lebanon have identified cases days before conventional tests picked up the virus, suggesting that they can spot infection before symptoms start.

Using canines to diagnose COVID-19 infections is looking promising. Low-income countries with limited laboratories available for testing and vaccines could particularly benefit from the approach of COVID-19 virus sniffing dogs isolating infections in these areas.

Scientists are working with man’s best friend to nail down a specific cancer “scent” which can be detected by a computer. One day, devices on our smartphones might be able to alert us to any change in our normal body odor that signals disease. Early detection could drastically reduce the number of cancer deaths, which are expected to total over 606,000 this year in the US and help side step serious infections that can spread rapidly as world commerce and travel increases. Nature 587, 11/23/20: Jennifer Lesser 12/19/19: and Doctor Dogs etc…