We Love Pets: Why You Should Have One! 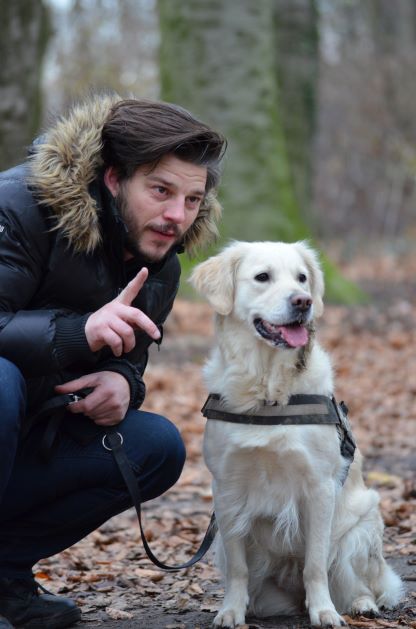 There is a reciprocal relationship going on between men and their pets. It’s a relationship that’s genuine, full of affection, and serves to be beneficial for both man and beast.

Most people love having pets. Who doesn’t?

This inclination is perfectly normal. After all, who wouldn’t and couldn’t easily fall for those adorable furry little creatures with those big round eyes?

Some people would prefer having pets around to being with other people. This does not come as a surprise, seeing that animals have this uncanny unflinching love for their human partners.

More than just the title of being “pets,” there’s a relationship between humans and their animals that transcends boundaries limited to feeding, washing, and grooming pets. There’s a special bond between men and animals that, often, these creatures are treated more as partners in life rather than just companions.

The Evolution of Having Animal Companions

The relationship of having “pets” existed over a thousand years ago, between 13,000 to 30,000 years ago. Dogs were said to be the first animals who became companions to humans after the uncovering of archeological sites that gave indications of how dogs assisted humans in hunting mammoths back then. These proofs were drawn on cave walls and made during the Paleolithic era, more commonly known as the Stone Age.

In 2016, Robert Losey of the University of Alberta discovered an ancient cemetery in Siberia where they found 5,000 to 8,000-year-old dogs buried next to humans. Clive Wynne, director of the Canine Science Collaboratory at Arizona State University, stated in a press release, “You get dog burials, which show there was a lot of care and attention paid to the burial, and they include grave goods (valuable items placed in the grave for use in the afterlife), which seems like there was a strong indication of affection.”

How about the furry feline creatures – the cats?

Cats were said to have been companions to men at the start of civilization. This association began at the start of agriculture and continues to evolve throughout the changing times. Scientists also discovered that these feline creatures were revered in ancient traditions in the Middle East, the same region where they were first domesticated. Today, domestic cats are one of the most popular choices for household pets, with over 70 million cats sheltered in homes all across the United States alone.

Over time, the notion of animal pets has evolved over the years to having animal companions besides just dogs and cats. The variety of animals being kept in households includes birds, rabbits, fishes, guinea pigs, ferrets, etc.

Why do people love pets?

There are many reasons and proven benefits that go to show why people love having animal companions around. The reasons go way past these creatures’ “aesthetic” qualities. It’s more that these animals can address a need or a longing of humans that only animals can give – which is one of the mysterious things about life.

So, what are the payoffs of having your very own pets?

It sounds a bit cheesy, but animals have this almost surreal unconditional love for humans that knows how to take care of them. People can witness this relationship mostly with dogs.

Ever heard of the phrase “dogs are man’s best friend?” Aside from the long history of companionship between men and dogs, these animals are known to be “sociable” in the animal kingdom. Dogs, or canines, thrive on affection and attention given by their human owners. Their unique ability to feel men’s emotions makes them suitable “empathizers.” Best of all, they don’t judge you! They’re already happy just simply having you around.

Taking care of pets is proven beneficial to a person’s mental health. This type of companionship or relationship, aside from providing a sense of security to pet owners, helps to ease stress and anxiety. Since pets are considered “great listeners,” this trait aids in boosting the confidence of their owners. So, if you’re not in the mood for rowdy crowds and want some time alone, having pets around gives off that calming and relaxing effect that fends off the feeling of isolation or loneliness.

How? Just try stroking the fur of your dog or cat for a few minutes, and see and bask in the beautiful relaxing effect it brings you.

This is a fact proven throughout history, especially regarding dogs. This sense of protectiveness comes from the dog’s wolf ancestry and instinctively knowing when a human child needs care and protection. Talk about Mowgli in the Jungle Book.

Dogs are highly clever animals and know when their owners are taking good care of them. Hence, their display of loyalty and equal affection.

Author Walter Hoge in his book Easter: McEaster Valley, shares his journey through an otherworldly valley with his companion – his dog. This story exemplifies the special bond between man and his animal that dogs are a top favorite companion whatever journey or experience a person goes through in life.

Because people love pets – and you definitely should have one, too!